Merry Christmas from the Aeonvista HQ 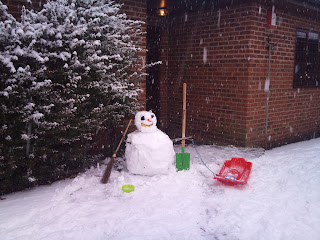 Posted by Neill Wilkinson at 16:57 No comments:

In my last post I complained about the touch screen responsiveness as I have in other posts, Having lived with it for a few more days and Downloaded the fabulous Angry Birds games (Season special and Original!).

I have to say the touch screen when playing games is usable - but for writing texts is still pretty poor! I tried for comparison a friends iPhone and another friends HTC Android phone both have better touch screen performance.

Now I am lusting after the new Samsung Galaxy Tablet, Android 2.2 and a 7" screen. 3G data and WiFi N.
Posted by Neill Wilkinson at 11:25 No comments:

Finally got Android 2.1 update1 on my Sony Ericsson X10 - I was expecting great things - but have been hugely disapointed. Startup time is worse than 1.6, I got those anoying Vodafone shop icons on the home screen.

Touch screen responsiveness also still really bad - possibly even worse than before. Looks like I'm gonna be looking at an HTC device next time.
Posted by Neill Wilkinson at 09:45 No comments: